Amid Russia’s invasion of Ukraine, two divergent narratives about crypto are being told, writes Alex Tapscott. Which version is correct?

When it comes to crypto and the war in Ukraine, two very different versions of events are emerging — one based on fact and the other on misplaced fears and guesswork. In summary:

Version #1: Crypto is finding purpose in this conflict by funding the Ukrainian war effort and helping ordinary Russians get by

Bitcoin and other cryptoassets like Ether are proving their worth as frictionless peer-to-peer money and playing a key role in funding the Ukrainian war effort. Since the start of the conflict, thousands of anonymous individuals (as well as a few companies and public figures) have raised more than US$100 million in crypto donations to fight off the invasion and aid those under siege. On the other side of the border in Russia, some ordinary citizens, cut off from the global financial system and digital economy, now look to cryptoassets to store wealth, do transactions and even make payroll, as the Wall Street Journal reported recently. Since the start of the conflict, ruble-crypto trading has soared, though from a small base, and recent ruble-USDT (Tether) volumes hit US$30 million. Crypto platforms have faced pressure to voluntarily shut down services to ordinary Russians as many other Western firms like Mastercard, Google, Apple and others have done, despite not being required to do so.

Version #2:  Putin and his cronies will use cryptoassets to evade sanctions, proving crypto is no more than a tool for criminals

This narrative is being pushed from certain mainstream media outlets and a few politicians such as Hillary Clinton and U.S Senator Elizabeth Warren.  For starters, criminals rarely use crypto, according to Chainalysis and other authorities on the subject. So let’s dispel with that myth.

As for Putin and other sanctioned persons using crypto to avoid sanctions, this narrative has four main faults: First, it is based purely on conjecture. While it is certainly possible Putin will try to do this, according to FinCEN, authorities have not seen widespread use of cryptoassets to avoid sanctions. Second, it gives cryptoassets too much credit. They are a large and liquid market, but not yet big enough or widely held to replace SWIFT or U.S. dollars. Third, to convert to large amounts of dollars, we need on-ramps and off-ramps such as centralized exchanges, which are now becoming the focus of sanctions, thus limiting their usefulness to potential sanctions-dodgers. Finally, cryptoassets would have to be not only censorship-resistant but also fully anonymous, which they are not. Banks and governments can simply block Russian wallet addresses of sanctioned individuals, which would be revealed by virtue of the size of transactions. Leaders in the industry are of course complying with sanctions laws: the crypto exchange Binance said that it would freeze the accounts of Russian clients under sanction. While staying open to regular Russians, Coinbase froze more than 25,000 Russian accounts linked to ​illicit activity.

So Version #2 is based on easily disprovable myths (Bitcoin is a handy tool for criminals, which is false), and pure conjecture (Putin may use crypto, which is unlikely and yet undetermined) and is advanced by those who may have an alternate agenda (use a crisis as pretext for a broader crypto crackdown). So let’s dispel with it now.

What’s actually happening on the ground

First, we can all agree that it’s a very good thing Ukraine is getting support from the crypto community via donations. Recently surpassing US$100 million, these donations are helping put critical equipment, supplies and even weapons in the hands of those who need it the most. During the internet of information era, you could donate to the Red Cross or post an encouraging message on social media (for which you may have been derided for an act of “slacktivism”). In the internet of value era, you can put weapons in the hands of those fighting for their freedom, answering Volodymyr Zelensky’s call when he said: “I don’t need a ride, I need ammunition.”

The flood of donations is having other positive effects by further popularizing crypto in Ukraine, which already ranks 4th in global crypto adoption. Indeed, some military suppliers have preferred to accept crypto assets over fiat currency. According to Ukraine’s deputy minister of defense, “It is easier, not complicated, transparent, and faster in comparison to a SWIFT transaction, which could take more than a day.”

But what of the ordinary Russians using crypto after losing access to Mastercard, Visa and other American financial institutions? So far, American crypto firms are staying open. “We believe everyone deserves access to basic financial services unless the law says otherwise,” said Coinbase CEO Brian Armstrong recently in a tweet. Their decision is illustrative: First, these companies are putting the industry ethos that cryptoassets are a permissionless peer-to peer-technology that should be available to all into practice. Some CEOs like Kraken’s Jesse Powell have turned a tough situation into a positive-sum outcome: Kraken has pledged all the fees earned in Russia will be matched dollar-for-dollar with donations to Ukraine.

Second, the decision by these crypto companies will also help popularize the power of this technology in Russia. In the long run that’s probably good for crypto companies. One other consequence of this could be the “dollarization” of parts of Russia’s economy, but with cryptoassets such as Bitcoin, and not dollars, replacing rubles.

Finally, the decision by crypto companies to continue to service the Russian market opens a worthwhile debate about the role of corporations in this conflict. Should Kraken, Coinbase and others follow the lead of American Express, PayPal and countless other companies and shut the market down, even though they’re not legally required to do so? Those advancing this argument say depriving Russians of these important resources will help cripple the Russian economy, and doubtless put pressure on Moscow. With nothing else left to lose they’ll turn to the streets and demand change. An unhappy and disillusioned civilian population could make it harder for Putin to rule. That could help to end the war, which is the only thing that matters.

But there are other, perhaps unforeseen consequences: Putting aside whether it’s morally right to de-platform 180 million people, does it make strategic sense? With Mastercard and Visa off limits, Russian banks are turning to China’s Union Pay for their payment needs. This shift to China will likely accelerate, and a deeper Russo-Sino relationship, which is something the West would like to avoid. Russians are already consuming a heavy diet of Kremlin propaganda. Will they come to resent America more, seeing the decision of these companies as not an abstract tool of business and economic strategy, but a deeply personal attack on the civilian population? If the Russian economy collapses completely, will Putin use the chaos to further consolidate his power?

These are the serious questions we should be considering as we examine the growing impact this new technology and asset class is having on the ground in this conflict both in Russia and Ukraine. The question of whether Putin may or may not use cryptoassets to undermine sanctions is, at this point, a distraction from what’s really going on. So let’s do away with myths, speculation and boogeymen arguments about crypto, which are not rooted in fact, and instead debate and discuss what’s really happening on the ground. 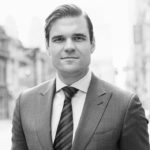 Alex Tapscott is the editor and co-author of the new book, Digital Asset Revolution: How Blockchain Is Decentralizing Finance and Disrupting Wall Street, published this month. Alex also runs the Digital Assets Group at Ninepoint Partners, an investment firm with US$8 billion in assets under management and institutional contracts. Previously, Alex co-authored with Don Tapscott the best-selling book, Blockchain Revolution, which has been translated into more than 15 languages and has sold more than 500,000 copies worldwide. Alex is also the editor and a co-author of Financial Services Revolution. In 2017, Alex co-founded the Blockchain Research Institute, a think tank based in Toronto. He is a graduate of Amherst College and a CFA Charterholder.

An open letter to Sen. Elizabeth Warren: Your shotgun approach to crypto is dangerous for America

Will Genesis meet its maker amid creditors closing in?