Can crypto cushion Russia from the pain of sanctions?

War-mongering Russia is finding itself increasingly isolated. What if the rogue state tries to regain its financial footing via cryptocurrency?

It has now been seven days since Russia invaded Ukraine, and the international community has reacted in vehement opposition. While the United States and its NATO partners continue to sanction and freeze more stores of Russian wealth, the world’s eyes turn to cryptocurrencies as a medium of value exchange for three emergency purposes:

1) There is some speculation about Russian elites laundering remaining assets through cryptocurrency exchanges.

3) Cryptocurrency is serving as a store of wealth during a time of extreme national currency volatility. In Russia, the ruble has dropped 26% in value compared to the dollar over the past several days. Russian citizens are attempting to make exchanges into cryptocurrency to maintain relative stability of their assets during this time of volatility. Many of the crypto purchases have been in stablecoins — predominantly those that are pegged to the U.S. dollar like USDT (Tether) and USDC.

From the above, we can see that there is great power in cryptocurrency, even in as early a stage as it currently stands. It provides an out for people who find themselves in an economic crisis, no matter where they are situated in the world. It can also crowdfund overwhelming amounts of capital in a rapid period of time. However, with great power always comes great responsibility — and a great potential for abuse. The Russo-Ukrainian War is creating a landscape for digital assets to prove the benefit or detriment they will have for those involved.

The challenge for crypto exchanges

Critics of digital assets at large have long held that they provide an additional avenue to the transmission of illicit funds outside of the internationally accepted and regulated banking system. As a result, there has been overwhelming support from both industry and government to provide more complete regulation around the use of cryptocurrency exchanges, the classification of assets, the required components of KYC/AML, and navigating methods for blacklisting politically exposed persons (PEPs). Though it can be particularly difficult to block a particular person or group of people from using a centralized exchange (CEX) or a decentralized exchange (DEX), the current scenario involving Russian elites provides a ripe opportunity for exchanges of all kinds to show their desire for a system that supports positive crypto usage — not the kind that supports brash invasions and warmongering.

On this point, U.S. Senator Elizabeth Warren and Ukraine’s Deputy Prime Minister Mykhailo Fedorov both made a call on exchanges to “block addresses of Russian users.” Though it sounds effective, when someone with knowledge of wallet addresses and crypto infrastructure thinks about blocking individual wallet addresses that emanate from Russian IP addresses, there is no real progress gained. The reality of crypto is such that an illicit actor could quickly generate 50 wallet addresses and split their assets up between each of them. This is no different than what elites have done for years by splitting their assets between different bank accounts, real estate property or otherwise. Thus, blocking the addresses of Russian users does not achieve what we would like it to in a quick sweep of policy.

There is no doubt that Russian elites have been accumulating wealth for quite some time to deal with asset freezes and sanctions that would come from an inflammatory act like the invasion of Ukraine. This accumulation has positioned them particularly well for this tumultuous period, and there is an overwhelming likelihood that they hold a great deal of these assets in cryptocurrency. As we all know, to actually benefit from these crypto holdings, they must be able to liquidate them at some point on exchange (meaning that some counterparty must have the appetite to purchase the amount they are willing to sell at a given point, thus making a market). As Asheesh Birla, senior vice president of Ripple stated: “There simply isn’t enough global [crypto] liquidity to support Russia’s needs,” especially when it comes to running an entire economy.

Ari Redbord, head of legal and government affairs at TRM Labs, hammers this point home: “Crypto is really not an effective means of large-scale sanctions evasion by the Kremlin. The visibility of flows, the compliance controls — such as transaction monitoring — at large crypto exchanges and the relatively small amount of liquidity will mean Russia will not be able to use crypto to move large amounts of funds.”

“The entire crypto market cap is a drop in the bucket compared to the hundreds of billions of dollars in sanctions Russia faces today,” Redbord told us. “That said, sanctioned oligarchs will be looking for crypto on-ramps and off-ramps. Because of the compliance controls at larger exchanges, they will look to non-compliant exchanges, such as recently sanctioned Russian based exchanges like SUEX and Chatex.”

TRM Labs has identified approximately 340 Russian-connected exchanges that may be used by sanctioned Russian actors to move funds — the types of exchanges that will likely be targeted by the U.S. and global regulators.

J.P. Schnapper-Casteras, a senior fellow at the Atlantic Council, told us: “There are legal, logistical, and political reasons why I just can’t foresee the Kremlin using crypto at scale to evade sanctions, which the NSC director for cybersecurity confirmed this week.”

While it would undoubtedly be difficult to liquidate tens of billions of dollars in crypto assets over a short time frame without anyone knowing who did it, it is still certainly possible that these elites could reclaim significant wealth, laundered through the current crypto exchange ecosystem. The action of the exchanges at this moment is critical to stifling illicit flows and pushing them to the corners of the map.

For the remainder of the Russo-Ukrainian War and surely in the days of its fallout, there will be questions about how crypto service providers manage their Russian clients. As we have laid out, there are a number of reasons why Russia cannot use the current crypto infrastructure to move all of their assets in a short period of time, and it is even likely that they would find a disadvantage in doing so.

With that said, crypto exchanges are still one of a couple remaining foxholes for the Russian elite’s asset movement in a time of constricting sanctions. The coming weeks will provide an opportunity for crypto exchanges to show regulators around the world how they operate in the face of illicit money flows.

Statements and views expressed by Michael B. Greenwald in this op-ed are solely in the author’s personal capacity. 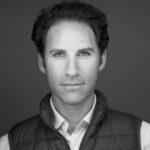 Michael B. Greenwald is a senior executive for Amazon Web Services serving as the Global Lead for Digital Assets. He is also an adjunct professor at Columbia University School of International and Public Affairs and a senior fellow at the Atlantic Council Geoeconomics Center and Center for New American Security. He was the first U.S. Treasury attaché to Qatar and Kuwait, acting as the principal liaison to the banking sector in those nations for two presidential administrations from 2010-2017. 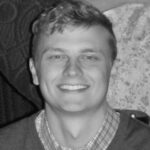 Logan Weber holds a B.A. from Harvard University and is enrolled in the Master of International Affairs program at Texas A&M University. His research and work is focused on the intersection of cybersecurity, geopolitics, and decentralized ledger technology.