The trillion-dollar concert ticketing sector is plagued by scalping and other Web2-era problems, writes Ryan Kenny of SeatlabNFT. Here’s how blockchain can help fans and artists.

The US$1.1 trillion event ticketing industry is in crisis mode.

Far from connecting fans with shows they want to see, Web2 has enabled an entire industry of profiteering from the popularity of big events at the expense of fans and the live events community.

Before the digital revolution, ticket scalping was confined to a handful of bad actors, shadily offering tickets outside venues at inflated prices to fans who had missed out at the box office. When the world went digital with Web2, it gave scalping a platform on which it could thrive. The convenience of digital distribution, coupled with the inability to control the resale of electronic tickets, created a global market for scalpers looking to cash in on the desire of fans to attend shows.

Since the adoption of digital ticketing, scalping and event ticketing problems have gone from a mild inconvenience to a full-blown crisis — as evidenced by the recent Taylor Swift concert ticket sales fiasco. Scalping has become so prevalent that fans have begun to accept that they will struggle to secure tickets to big events. Anti-scalping measures like dynamic pricing affect fans and scalpers equally, meaning if you’re lucky enough to get a ticket to a big show, you won’t know the price of a ticket until checkout. Even then, it’s likely to cost far more than it should.

Essentially, fans have been left either paying prices designed to deter scalpers or buying from the scalpers themselves at an even higher price point.

Scalping is also partially to blame for ticket fraud, which in the U.K. alone costs fans around £1 million (US$1.2 million) every year. It’s estimated that a whopping 12% of all event ticket purchases are fraudulent.

Fans who miss out on primary ticket sales turn to social media and resale platforms to source tickets to their favorite shows. Unfortunately, waiting for them are the scalpers responsible for the crisis and fraudsters who capitalize on fans’ desperation by ripping them off.

Current event ticketing solutions provide nothing in the way of additional utility and barely even meet their goal of giving fans access to legitimate event tickets. The situation is so bad that social media is awash with complaints against the biggest names in the industry.

So as the successful adoption of Web3 in industries like supply-chain management and the world of art continues to grow, it’s high time the live events industry looked at blockchain technology and NFT ticketing as a solution to the current problems fans face.

The event ticketing industry’s myriad issues were recently highlighted by the fiasco that unfolded when tickets for Taylor Swift’s Eras Tour went on sale. Despite Ticketmaster claiming that their Verified Fan program is designed to ensure tickets find their way into the hands of real fans and not scalpers, many fans were left confused, frustrated and let down when the presale went live.

Ticketmaster invited Verified Fans to join a virtual waiting room using a unique code before the presale went live. The procedure was supposed to help the website handle the increased volume of traffic and prevent scalping from buying up hoards of tickets.

Needless to say, it didn’t work.

Overall, more than 2,000,000 tickets were sold during the presale, the most ever sold for an artist in a single day. So many more than intended that Ticketmaster has now canceled the general sale, citing “extraordinarily high demands on ticketing systems and insufficient remaining ticket inventory to meet that demand.” Ticketmaster also admitted that “a staggering number of bot attacks as well as fans who didn’t have invite codes drove unprecedented traffic to the site,” — which, essentially, broke it.

Within minutes, users were reporting problems with Ticketmaster’s website, and later that day, it became clear that the sale had been a total disaster. Despite Ticketmaster’s best efforts to distribute tickets fairly, many Verified Fans were left empty-handed, and ticket scalpers, once again, scooped up a significant amount of the tickets for sale. Some Taylor Swift tickets were later seen on secondary marketplaces like StubHub for as much as US$22,000!

The result of this debacle was lost concert revenues as well as legions of disappointed fans — something that NFT technology-powered ticketing might have been able to prevent.

A transparent and fraud-resistant platform

Blockchain and non-fungible token technology are a natural fit for event ticketing. Blockchain provides a transparent platform on which tickets can be issued as NFTs. Furthermore, NFTs’ proof of authenticity could mean the end of ticket fraud.

Smart contracts allow event organizers to set price ceilings, meaning that there is an enforceable maximum resale price for an NFT ticket. So if a fan needs to sell a ticket because their plans have changed, price ceilings enable a healthy secondary market that gives fans the freedom to do so while prohibiting scalpers from charging high prices and profiting from resales.

Price ceilings give fans flexibility, but for artists and event organizers, NFT tickets with smart contracts also represent a massive opportunity for a healthy secondary market that generates additional revenue.

Using smart contracts, event organizers can also determine royalty splits, directing a set percentage of revenue from any secondary sale back to a wallet address of their choosing. A smart contract will apply this rule every time the NFT ticket is sold, meaning instead of scalpers profiting from ticket resales, the revenue goes to the people whose hard work makes the live events possible.

Price ceilings and royalty splits allow fans flexibility and give artists and event creators a potential additional revenue stream while completely disrupting the ability of scalpers to make a profit.

So with NFT tickets eliminating fraud and reducing scalping, the fairer access and peace of mind enjoyed by fans from their adoption will transform their ticket-buying experience.

But NFT ticketing platforms can also offer the entire live events community a host of additional benefits in a way that could elevate them beyond simple access control. Through airdrops, NFT tickets can become the gateway to an immersive, connected live event experience.

Advantages of Web3 over Web2

Web3 is able to offer far more utility than Web2 in how event organizers use their ticketing platform.

Using the blockchain that NFT tickets are hosted on, event organizers can see the wallet address of fans attending the event and airdrop them fully functioning NFTs before, during, or after the show.

The flexibility of when NFT assets are airdropped to ticket holders can provide an extended show experience and a more immersive one. These airdrops also give fans a tangible reward for their loyalty that Web2 platforms cannot offer.

Airdrops can be anything from rare videos, audio clips or images of the event, VIP passes, early access to future events, or discount vouchers for food, drink or merchandise.

The possibilities are almost limitless in terms of how creative event organizers can use airdrops to reward fan loyalty and enhance the live show experience.

It’s also worth noting that airdropped NFTs can be governed by the same smart contract functionality provided to NFT tickets, with price ceilings or royalty splits.

In this way, event organizers and artists are incentivized to offer high-quality perks and rewards and allow them to be traded by fans. Any resale of the airdropped NFT on a secondary marketplace can generate revenue through a royalty split, potentially creating a perpetual income cycle for artists and event organizers.

Web3 is still an emerging area, but the technology is evolving. We’re constantly seeing new ways that blockchain is improving current technology or innovating a new area entirely.

From “proof-of-attendance” NFTs to fan passes that give dynamism to fan clubs, Web3 is enabling fans to connect with each other and the performers they love more than ever before. So while the live events community continues to suffer and Web2 ticketing providers seem unwilling or incapable of really addressing the problem of scalping, there is a growing understanding that event ticketing could be so much more.

The initial hype around NFTs and cryptocurrencies has subsided, and the much-vaunted metaverse still seems a long way off. But the utopian vision of a transparent secondary ticketing market, free from scalpers and fraud, with benefits for fans and versatility for organizers, is now more than just an idea. NFT ticketing is now a genuinely actionable solution, and the only thing that remains is to increase adoption by onboarding artists and fans. 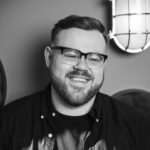 Ryan Kenny is the U.K.-based CEO of SeatlabNFT, an NFT event ticketing marketplace. He previously served as managing director of Laracle, a software company.