The domestic private blockchain industry is growing more mature by the year. According to industry tracker Blockdata, China leads the world in new blockchain projects initiated, with 263 projects in progress that form 25% of the global share as of late 2018.

This aligns with Beijing’s goal to be a major power within the industry.

Blockchain’s primary use case is to maintain the integrity of data. In China, this is applied in many different ways. In the food industry, it’s used to track food from farm-to-table, giving the consumer a glimpse of how the product reached store shelves — and what’s been added along the way; in the automotive sector, it’s used to verify data about mileage on used cars; for charities, donors can see exactly how every RMB is spent, from donation to execution; and within the medical field, it is used to secure patient data and track the supply chain of medicine. Blockchain’s usage is becoming ubiquitous across all sectors of the economy.

MORE FROM THE CHINA BLOCKCHAIN REPORT

Inside China’s vision to globalize its currency 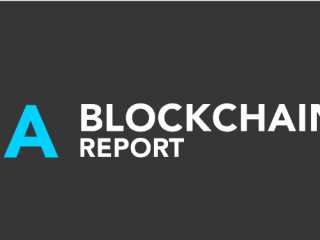 This article is part of Forkast.Insights’ China Blockchain Report.

This website uses cookies to improve your experience while you navigate through the website. Out of these, the cookies that are categorized as necessary are stored on your browser as they are essential for the working of basic functionalities of the website. We also use third-party cookies that help us analyze and understand how you use this website. These cookies will be stored in your browser only with your consent. You also have the option to opt-out of these cookies. But opting out of some of these cookies may affect your browsing experience.
Necessary Always Enabled

Any cookies that may not be particularly necessary for the website to function and is used specifically to collect user personal data via analytics, ads, other embedded contents are termed as non-necessary cookies. It is mandatory to procure user consent prior to running these cookies on your website.