Blockchain technology remains a world divided by silos that keep out developers and users, writes Manu Siddaligegowda of Lisk. What are the solutions?

Right now, most people think the blockchain industry is simply about cryptocurrencies without realizing the massive value the underlying technology has to offer. Blockchain technology adoption is growing significantly, as businesses and enterprises begin to acknowledge its disruptive and transformational potential. This growth shows no sign of stopping, with the global blockchain market projected to increase from US$7.18 billion USD in 2022 to US$163.83 billion USD by 2029.

For the industry to continue growing at this rapid pace, there is a need for new talent. The total number of blockchain developers in 2018 was estimated at around 105,000, with over 34,000 new developers entering the space to work on open-source Web 3.0 projects in 2021, the highest number of new developers in history. Latest reports also showed as many as 3,000 new developers joining Web3 every month toward the end of 2021. However, considering there are approximately 18 million software developers globally, there is still a lot of potential to onboard even more new developers.

While blockchain is positioned as the solution to many complex problems and ultimately simplifies legacy procedures, the underlining technology is far from accessible to mainstream developers and users. In order for the full potential of this technology to be realized, the industry as a whole needs to come together and address its technical barriers and the misconceptions held by wider audiences.

Blockchain, like any emerging technology, has initial barriers to entry. These barriers are usually caused by a lack of knowledge and understanding of the technology. Right now, there are nearly 14 million JavaScript developers in the world. Yet in most cases, when making the transition to Web3, developers are required to learn new coding languages that are particular to each individual blockchain. This process takes time and money for developers new to the space and silos their knowledge to one particular blockchain, leaving them unable to utilize the technology created on other protocols.

To streamline adoption, we need to provide developers with stepping stones to build new and exciting decentralized applications without the worry of learning multiple coding languages. Take the beginning of the internet for example. We browse the Web expecting ease and efficiency, with everything well connected. However, this wasn’t always the case. Each web file originally was an island in itself, similar to individual blockchains today. Processes that we take for granted today, such as sending email and searching the web for information, were practically impossible.

It was not until the introduction of a universal programming language that the web took the shape of the internet that we now know. The HyperText Markup Language (HTML) was used to bridge these islands of web files and became the foundation of web development.

The same is needed in blockchain to encourage mass adoption. If we want to inspire developers to build on blockchain, then we need to make the onboarding process easier for them. Accessibility to Web3 can be boosted by empowering developers to leverage universal coding languages that they are already familiar with. Popular coding languages such as JavaScript can be to Web3 what HTML was to Web2.

The move toward seamless cross-chain communication

Further barriers to entry to Web3 come in the form of a lack of trust in the viability of the technology. This is counterintuitive to the very design of Web3, built to negate the need for trust and central to its appeal, as Satoshi Nakamoto, the pseudonymous creator of Bitcoin in 2009 wrote: “The root problem with conventional currency is all the trust that’s required to make it work.”

However, businesses in particular have been slow to adopt blockchain-based systems as they fear that future government regulations may undermine any blockchain investment made today. As such, we need not only to emphasize the trustless nature of the technology itself but also to build trust in the security and future of the industry that has sprung up around it. One way to do this is through interoperability.

Right now, Web3 is made up of hundreds of siloed blockchain networks, all of which speak their own language and only process the transactions conducted on their individual systems. Unfortunately, there are still no standards for how these blockchains should interact with one another. Lack of interoperability results in low asset liquidity, slower transaction speeds and higher costs due to network congestion. This not only hinders innovation and growth but also deters budding developers from building on blockchain.

If we revert back to our previous example of HTML, we can see the importance of having an interconnected ecosystem that facilitates seamless communication between separate technologies. HTML created this environment for the internet and interoperability can achieve the same for blockchain. As an example, consider the network congestion experienced by Ethereum users for several years due to the network’s lack of scalability and interoperability. While gas fees on the Ethereum Network have lowered in recent weeks as a result of market conditions and the network’s planned evolution will address scalability, Ethereum gas fees are expected to rise a further 500% in the next two years.

This is a common theme across the industry as individual blockchains become more siloed than ever, leaving developers and users confused as to where to begin their journey and to which blockchain they belong. By linking chains together, they can process transactions at greater speeds and lower gas fees as queues become a thing of the past. This means developers will no longer have to choose between two separate entities and instead reap the benefits of a fully functional, liquid blockchain world. Allowing these communities to collaborate, share liquidity, and grow together is the only way that we can build an entirely new decentralized financial system and realize the goal of Web3 to make blockchain accessible to everyone.

Building with accessibility front of mind

If Web3 is going to be globally disruptive, it has to be accessible. Every day, new innovations are being created on blockchain networks, allowing us to work, socialize, spend and trade in a shared, decentralized digital space. The most popular blockchains in the world now hold millions of dollars worth of assets. Our industry is growing fast, making it imperative that those building the underlying infrastructure match this pace with accessibility features for newcomers.

If we continue to build and expand the blockchain industry with accessibility in mind, we will take one step closer to mainstream adoption. By educating the world around us and building tools to tackle these challenges, the industry will have the power to successfully launch real-world applications that spur growth and encapsulate the true potential blockchain has to offer the world. After all, isn’t that the whole point? 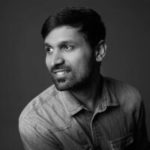 Manu Nelamane Siddalingegowda is the Berlin-based head of platform development at Lisk, a blockchain network for creating and monetizing decentralized applications (dApps). Prior to that Manu was a senior software engineer for Wunder Carpool in Germany and Prysm Inc. in India.