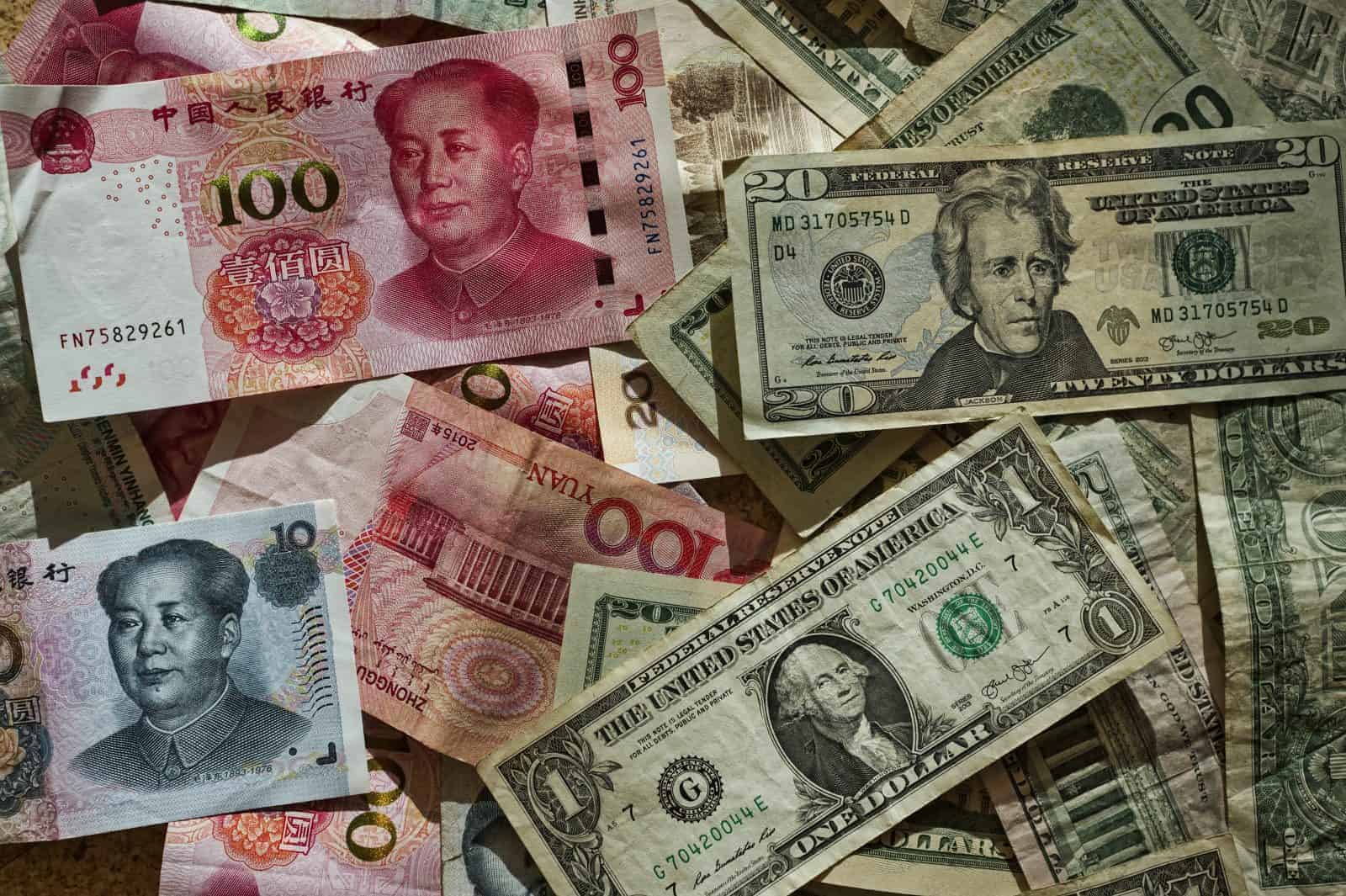 The PBOC has extensively researched blockchain and digital currency for some time. Efforts began in 2014 under the watch of former Gov. Zhou Xiaochuan. Since then, the PBOC has filed 63 patents related to blockchain, while over 10,000 blockchain-related patents have been filed in China overall, according to the China National Intellectual Property Administration (CNIPA). The PBOC has also taken efforts to educate the public about the potential of blockchain technology with the app De Dao ( 得到), made in conjunction with a prominent Chinese educational app developer.

But the central bank’s digital currency efforts, ironically, would give it more control over the economy. According to reports and the PBOC’s statements, the digital currency would replace M0, or the money in circulation, of which central banks generally have the most control. For China, this is important considering how private companies are digitizing currency through popular mobile payment platforms WeChat Pay and Alipay. A substantial portion of the payments that drive the consumer economy has shifted to these platforms, which means they have moved from M0 to M2, of which central banks have less control. While M2 includes M0 (in addition to M1, the amount of cash held in checking accounts), it largely refers to the funds and credit in commercial bank accounts — where WeChat Pay and Alipay currency is held.

Jingnan Wang, vice president of the Conflux Foundation, explained to Forkast.News in an interview: “The People’s Bank of China is technology-agnostic … From the perspective of the PBOC, it’s adaptable to any kind of technical route.”

China’s M2 money supply has rocketed over the last decade, outpacing economic growth during the same period. While this is partly due to the rise in popularity of digitized currency via WeChat Pay and Alipay, it is also brought on by an overleveraged credit system that includes everything from commercial bank loans to consumer-oriented P2P lending and shadow banking. Given the amount of credit available, the PBOC is struggling to have a firm handle on the broader economic cycle.

Beijing is well aware the U.S.’ hegemony over the world extends to currency. When a deal is done between two parties in Southeast Asia, for instance, it is likely settled in USD, not the local currency of the party or counterparty nor RMB.

This holds true for stablecoins, cryptocoins tied to fiat currencies like the USD, which are positioned as the future of international transaction settlement.

Libra has created a sense of urgency within the PBOC to get this digital currency operational, as effectively Libra — if it picks up and scales the way Facebook intends — would be one of the world’s biggest currencies, but backed by the USD.

Essentially, stablecoins will be a next-generation version of SWIFT with faster settlements and lower fees. Being tied to the USD ensures stability in the price, which in turn boosts liquidity. While there are currently dozens of stablecoins on the market, Libra is probably the best-known given Facebook’s scale and international target market — and it has the PBOC worried.

Thus, Libra has created a sense of urgency within the PBOC to get this digital currency operational, as effectively Libra — if it picks up and scales the way Facebook intends — would be one of the world’s biggest currencies, but backed by the USD.

Wang Xin, director of the PBOC’s research bureau, has voiced concern over Libra’s potential to solidify the USD’s grasp on yet another market:

“If [Libra] is widely used for payments, cross-border payments in particular, would it be able to function like money and accordingly have a large influence on monetary policy, financial stability and the international monetary system?” he told the South China Morning Post in July. “If the digital currency is closely associated with the U.S. dollar, it could create a scenario under which sovereign currencies would coexist with U.S. dollar-centric digital currencies. But there would be in essence one boss, that is the U.S. dollar and the United States.”

The PBOC isn’t the only stakeholder watching Libra through a lens of currency competition. Binance, the world’s largest cryptocurrency exchange, recently announced Venus, an initiative to create regional stablecoins tied to local currencies. Unlike Libra, Binance has signaled that it is working with different states to create these stablecoins as an international alternative to the USD for settlement.

“Binance welcomes additional government partners, companies and organizations with a strong interest and influence on a global scale to collaborate with us to build a new open alliance and sustainable community.”

Too Big for Blockchain?

So, it’s likely that this system will have elements similar to blockchain technology, but will ultimately be centralized.

In an interview with Forkast.News, University of Chicago professor Zhiguo He said: “It’s a huge database using the hash function, chain technology. There’s no distributed ledger portal. Every time I mention [it], my colleagues at UChicago will immediately tell me it’s not blockchain. I actually agree.”

One Belt, One RMB

While the PBOC has its reasons for digitization of the money supply to control M0, its other goal is to internationalize the RMB. Within China’s sphere of influence in Asia, a number of countries use the USD as the quasi-official currency.

Countries like Cambodia and Myanmar use the USD alongside their own official currencies — and are also stakeholders within China’s Belt and Road Initiative.

If China could provide an RMB-backed digital currency as a credible alternative to the USD, it would solidify its influence in the region by effectively becoming the de-facto reserve currency of these nations while helping to modernize the financial sector of these emerging markets. WeChat Pay and Alipay are big domestic success stories, but not so much abroad. As a payment platform, they are ornly used overseas when there’s some nexus to China, such as at shopping malls frequented by Chinese tourists. They don’t have the same usage as, say, PayPal, which is used in 200 countries and supports 20 currencies.

But should China make a concerted effort to begin de-dollarization of the world’s emerging markets, it would certainly be noticed in the U.S. and further ramp up tensions between Washington and Beijing. Washington could hit back and insist on tying foreign aid to keeping the USD as a local reserve currency, but it might not have a lot of luck: Other central bankers prefer a world with multiple global reserve currencies and not just the USD. The Bank of England’s Mark Carney has argued that countries stockpiling dollars is a barrier to global trade and the hoarding of dollars has resulted in 10 years of low inflation and ultra-low interest rates.

In a speech in Jackson Hole, Wyoming, during a meeting of central bankers, Carney said a new digital currency backed by nations “could dampen the domineering influence of the U.S. dollar on global trade” while “reducing the influence of the U.S. on the global financial cycle, this would help reduce the volatility of capital flows to emerging market economies.”

China may prefer a scenario where a digital RMB was the preferred competitor to the greenback and a runner-up for reserves, and other countries’ governments might even view holding a significant amount of crypto-yuan as an investment — and endorsement — in Beijing. Alternately, we may see an emergence of highly competitive regional digital currencies. Countries known for their neutrality and positive global perception could be big beneficiaries — Canada and Singapore are respective contenders. Crypto exchange Binance is already working on the first steps of this with what it calls Project Venus — in collaboration with governments, it says — in an aim to create regional stablecoins collateralized by local fiat currency.

If Binance’s claims of regulatory compliance and government collaboration hold up, it would be a remarkable contrast to the chilly reception received by Facebook’s Libra. Perhaps, in the end, it will all come down to a name: Within the Greek mythology where both borrow their names, Venus is the ruling planet of Libra.

This article was published in Forkast.Insights’ China Blockchain Report.

After China’s digital currency, Indonesia may blueprint its own in 2020